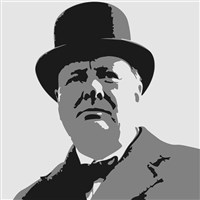 Learn about the challenges of leadership in extraordinary times.

History was made in Churchill War Rooms – the underground nerve centre that allowed Britain’s leaders to plot the allied route to victory during the Second World War. Step back in time and walk the top secret corridors of the Cabinet War Rooms.

Get up close to artefacts revealing Churchill’s personal and political journey in the interactive Churchill Museum, which uncovers the influences and pressures that shaped his life, leadership and legacy.

Discover the stories of the staff who spent thousands of vital working – and sleeping – hours from 1938 onwards at the Cabinet War Rooms. See historic images, objects and interviews with the men and women who worked in the underground hideaway, revealing what it was like to work in secret alongside Winston Churchill during the Second World War.

Walk in the footsteps of Churchill and glimpse what life would have been like during the tense days and nights of the Second World War. See where Churchill and his War Cabinet met and step back in time in the Map Room, which has remained exactly as it was left on the day the lights were switched off in 1945.

Through original personal items and artefacts of the time, find out about Churchill's remarkable 90-year life, from his lonely childhood to his military career, two periods as Prime Minister and beyond in this award-winning interactive museum.

Admission to The Churchill war Rooms, free time in London plus return coach travel from Staffordshire.