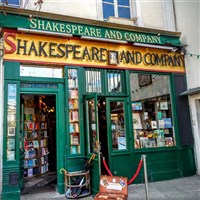 Discover the childhood home of Shakespeare's mother - experience the sights, sounds and smells of a Tudor Farm. Visit also Anne Hathaway's beautiful 500 year old Cottage where Shakespeare courted his wife to be

Discover the childhood home of Shakespeare’s mother. Experience the sights, sounds and smells of a working Tudor farm on a fantastic day out at Mary Arden’s Farm. Meet the Tudors who run the farm just as Shakespeare’s mother would have done, watch craft and falconry demonstrations and explore the farmyard, and historic buildings.

Built by Mary’s father, Robert Arden around 1514, Mary Arden’s House has been significantly altered over time. Today, visitors to Mary Arden’s Farm can peek inside the chimney and the walls, discover how the house was built and imagine what life must have been like for Mary when she lived here with her seven sisters.

Neighbouring Palmer’s Farmhouse retains much of its original 16th Century structure. Adam Palmer would have employed several day labourers to undertake the daily work on the land and the care of the livestock, and female servants to help his wife with domestic and farmyard tasks. By 1584 Palmer had improved his house, demolishing the old hall and parlour and building a new hall, cross-passage and kitchen, to create the building we see today.

Anne Hathaway’s Cottage was originally a farmhouse. It was built in 1463 of cruck construction, when the building would have comprised of just three rooms. The kitchen and parlour still remain from the original medieval construction. The first Hathaway to live in the cottage was Anne’s grandfather John Hathaway, who was a tenant sheep farmer. Anne, later Shakespeare’s wife, was born in the cottage in 1556.

When the site was a farm it was known as ‘Hewlands’ and the Hathaway family were very successful sheep farmers. The garden would have been a farmyard with some livestock and likely a herb garden.

After the death of Anne’s father in 1581, Anne’s brother Bartholomew inherited the tenancy of the 90-acre farm and later bought it freehold. He went on to make various improvements to the cottage including an extension. The first floor was inserted and the chimneys added at the same time. This work was completed before the death of Bartholomew in 1624.

By the late 1800s, the family’s fortunes were on the wane; some property including land and houses were mortgaged and eventually sold. In 1838, the cottage itself was sold and the remaining Hathaway family continued to live in the cottage as tenants.

One of the last Hathaways to live in the cottage was Mary Baker. When the Shakespeare Birthplace Trust purchased the cottage in 1892 from the then landlord, Mary and her family were paid the large wage of £75 per year. Her son William Baker still occupied part of the cottage until he left in 1911.