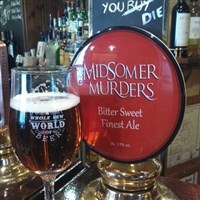 Visit the thriving market town of Thame (the most filmed location of Causton). Like many traditional market towns, Thame grew from Anglo-Saxon roots but has since developed its own individual character whilst preserving its rich history; ancient medieval buildings stand alongside Georgian and Victorian architecture and the iconic boat-shaped high street stands as testimony to the market place for which it was originally designed.

Also, Henley on Thames - first described in the 12th century and is until today considered as one of the most beautiful English market towns with many interesting historical buildings. Its historic St Mary’s Church, the Town Hall, the market square, many local shops, plus its own theatre/cinema, mean Henley is a delightful place for mooching about.

Keep your eyes peeled, we might just catch sight of John Nettles or Neil Dudgeon!

Return coach travel from Staffordshire to Thame & Henley on Thames.